Are gas prices taking the fun out of recreational vehicle outings? 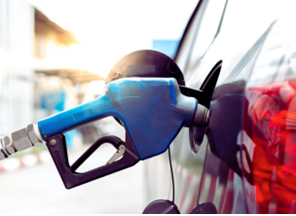 It would be hard to believe that skyrocketing gas prices aren’t putting a dent in RV and boat sales, and putting the brakes on subsequent travel plans by outdoor-loving, toy vehicle owners. But, is that really the case?

Fortune recently published an article that practically shot roses out of a cannon when describing the current economy and its impact on the U.S.A. of toy nation: “Gas prices might be nearing an all-time high, but wanderlust is proving to be a more powerful force than budgeting.”

Say what? And how could that sentence not end in at least one exclamation point?

Does that mean everyone’s got blinders on, or are they so anxious to get back into action and break out of the four walls of an office (or the many walls of a house) to reclaim their favorite pastime, leaving the loud angst of life behind to meander peacefully down the byways and back roads of our great nation?

Fortune backs up its argument with a pretty little statistic, though: “RV shipments were up 19% in 2021, according to the RV Industry Association. And they’re continuing to increase in the first part of 2022.” Moreover, year-to-date shipments are tracking at 14.1% higher.

Doesn’t sound at all bad now, does it?

Does it, though? It often depends on the distance of the destination, right? And, of course, how many miles a vehicle can get per gallon.

“The surge in interest in RVs comes despite the skyrocketing price of gas—and the substantial cost of filling up a tank. Tank sizes in those vehicles range from 25 to as much as 100 gallons, depending on their class, putting the current price of a fill-up between $125 and $500,” reports Fortune.

Mileage varies per vehicle, too, as we all know. By most counts, a Class B RV camper van sucks down a gallon every 24 miles. Whereas, Class C owners, whose rec vehicle is built on a truck chassis, may only get 16 miles per gallon. But that Class A giant RV will still only get about 11 miles per gallon, which means you’re paying a pretty penny to take a cross-country vacation anytime soon.

So even though nobody’s expecting gas prices to take a drastic fall, and despite the fact that 75% of Americans say they’re cutting back on eating out and other entertainment splurges, they’re still ready to rip open their wallets and pay dearly for a well-earned vacation.

Fortune speculates it could be that people are so excited that they can travel after being shut in COVID caves for two years that they’ll open their wallets and close their eyes at the same time. They’ve even coined a nicknames for this travel syndrome, including “revenge travel” and “bleisure trips.”

Whatever you want to call it, more RVs on the road mean more RVs need a place to park, especially when they’re not on vacation. For the RV owners who’ve invested their lifesavings into these dream-getaway mobiles, they’ll want to be sure they’re taking super good care of that investment.

For the RV storage owner, the job is to ensure those toy vehicles are in the safest keeping. To make the grade—of a Class A facility—make sure you have securing fencing, paved driveways, canopy coverage and a gate. That’s the best way to keep customers’ vehicles—and your business—safe and sound.

Drew Whitney is editorial director of Toy Storage Nation. When not tapping laptop keys, she’s either adventuring by land or sea, or dreaming about it.