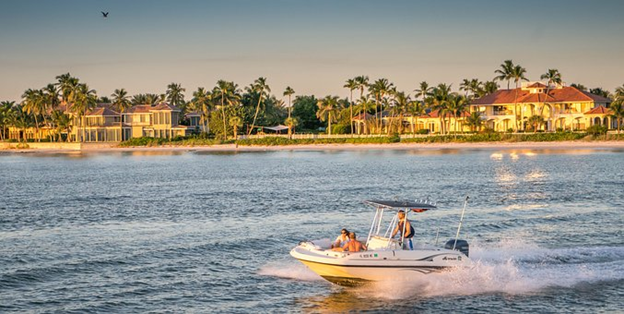 Maybe you are member of Generation X and/or feel like you know enough about this group already, but there are some interesting data to consider when it comes to Gen Xers’ spending power, lifestyles and where they like to invest their free time and money, and it can be especially enlightening information for owners of boat and RV storage.

Generation X usually defines the group between millennials and baby boomers, those born between 1964 and 1980. And although it’s probably the smallest generation in population numbers, Gen Xers may be your target audience according to information shared by Norm Schultz, a writer with Soundings Trade Only, where he focuses on stories targeting the boating and marine industry.

“While millennials are the trendy new market and boomers are the established audience, Gen X is where the money is,” Schultz states, adding that Gen Xers now have the largest spending power at 31 percent of all income dollars, according to reports from American Express. “Members of Generation X, the third-largest generation, constitute 25 percent of all adults. And Gen X has more spending power than any other generation, with 29 percent of estimated net worth dollars,” he adds.

Take a moment to think about your customers, the age group of those storing their boats and RVs at your storage facility. Are they baby boomer generation—people around the ages of 58 to 67? If so, let’s speculate for a moment about their future. As this group continues to age, their ability to play with their recreation toys begins to decline. At some point, they’ll probably sell those prized investments, or, like many who’ve cherished the great outdoors together as a family, they may pass on the RV or boat to the kids.

Those kids may be millennials, but more likely they’re Gen Xers. In addition, the baby boomer generation is passing down much of their earned income to their children, which is launching Generation X into an extremely high wealth category. In Schultz’s article, the emphasis is on how this category of individuals will impact boat sales. For our purposes, however, it translates more into: Where will they store their toys, and how can we win them over as  storage clients. The first step is to get to know more about them. Doing so might just lead you to making some sweet profits in the years ahead.

Investopedia estimates the Gen X population at 65 million. This group spends more than any other population, according to World Economic Forum, which reports that the average American spent just over $60,000 last year, but Generation X spent the most money in 2921 with average expenditure of $83,357. They also outspend other groups on entertainment. They are more likely to carry debt on big-ticket items than other generations, as well.

This generation grew up with technology at their fingertips, so they know how to find information—and lots of it. Thus, they are more likely to do their research when making purchasing decisions. For you, the storage operator, that can interpret into making sure you have a decent website and, more importantly, quality services listed on that website to attract high-spending customers. They’re also savvy with social media, so don’t overlook the power of having and updating accounts on Facebook and Instagram. Updating social media doesn’t have to be a time-consuming affair, but it could be a profit building one.

Schultz also recommends using email marketing whenever possible, knowing that Gen Xers are practically compulsive about checking email at work, at home, on tablets, iPhones and desktops. “One excellent use of email is to offer coupons, because this generation is really a hybrid when it comes to marketing,” says Schulz. “In addition, this generation makes the most unplanned purchases while out shopping, often triggered by coupons … sending coupons that offer accessory discounts, service specials and similar incentives to buy now can draw in customers.”

It all comes down to this, know thy customer and serve them what they need. That holds true to baby boomers, of course, but now’s the time to start bending a little bit and/or expanding your old school marketing and sales game to win over Gen Xers.