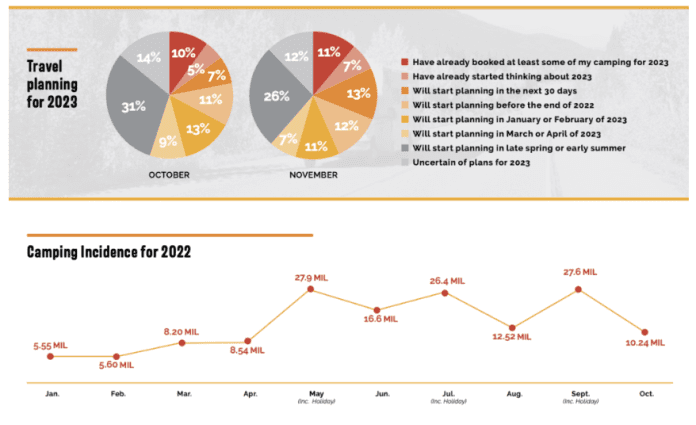 At least 74% of campers made one or more adjustments to their travel plans, including three-in-10 campers who camped more as they decreased other types of travel. Building on Kampgrounds of America Inc.’s (KOA) annual North American Camping Report released each spring, the November report indicates camping remains a popular mode of travel amid volatile economic conditions. 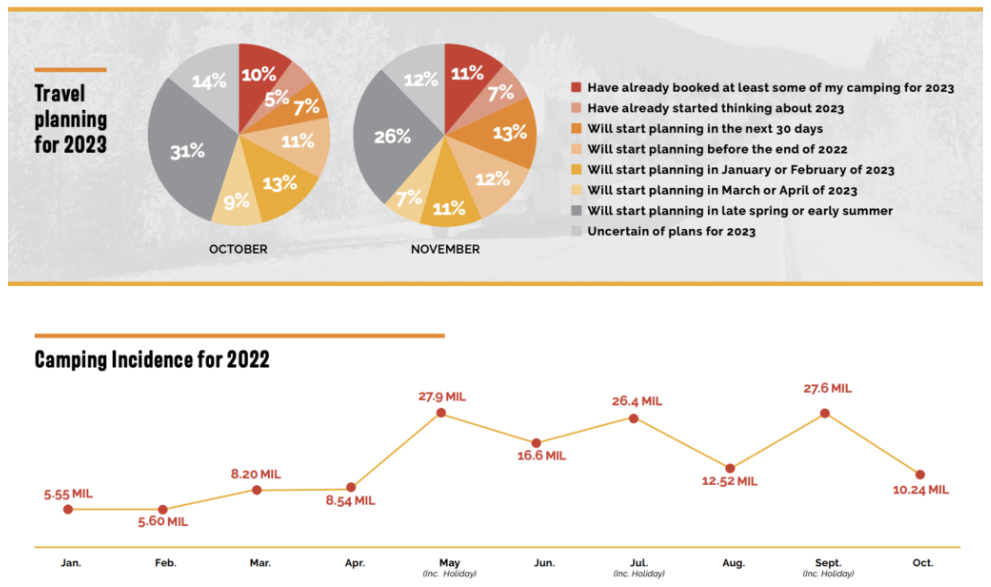 According to the report, inflation (38%) and rising gas prices (37%) had the most significant impact on travel during the year thus far. Other factors, including the COVID-19 pandemic (27%) and difficulty in air travel (17%), had noticeably less impact on leisure travel.

“The dramatic economic changes we’ve seen this year have affected campers,” said Whitney Scott, chief marketing officer of Kampgrounds of America, Inc. “What’s encouraging, however, is that we’ve seen a positive outcome for camping overall. People want to get out and explore, and camping provides a great way to do that affordably and easily.” 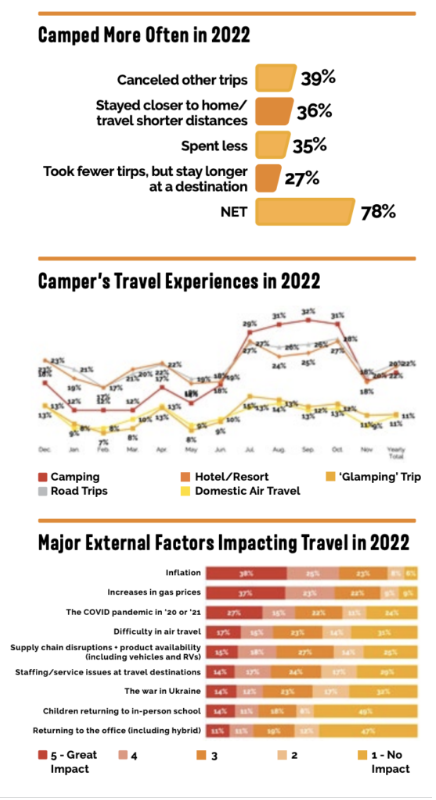 Of those who camped more often in 2022, 39% shared that they canceled other planned trips in favor of camping. Another 36% decided to take trips closer to home, allowing them to travel shorter distances. In all, 78% of those who replaced other forms of travel with camping made some form of adjustment to their camping plans.

Looking ahead to next year, campers indicate they are eager to explore and seek new experiences. More than one-third (35%) say they are looking for an entirely new experience they haven’t had before. It’s also encouraging that 34% are hoping to travel farther from home to explore new areas.

“KOA’s research shows that people have not only substituted camping to offset economic burdens and uncertainty, but many realize that camping provides an avenue for continued adventure without being burnt out on the travel type itself,” asserted Scott.

The report also indicates that many campers are already deep in planning for 2023. As of early November, 11% have already booked some of their camping for the new year. Another 32% share that they have started thinking about their travel or will begin planning before the end of the year.

To view the full findings of the KOA Monthly Research Report – November Edition, past and future editions, and review the research methodology, visit the KOA Press Room. 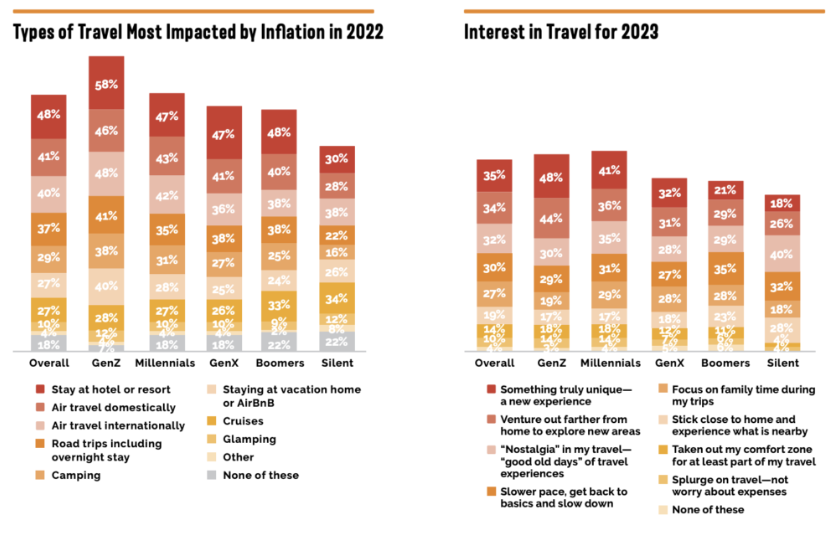 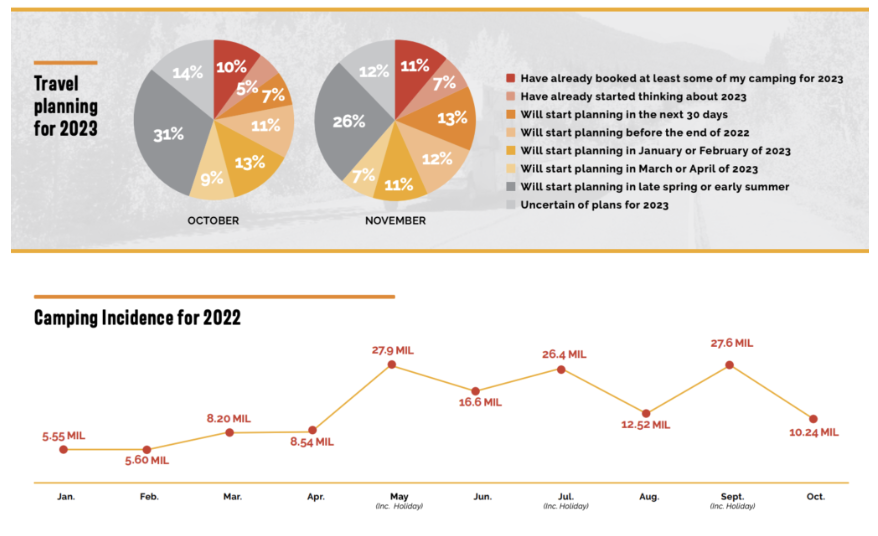