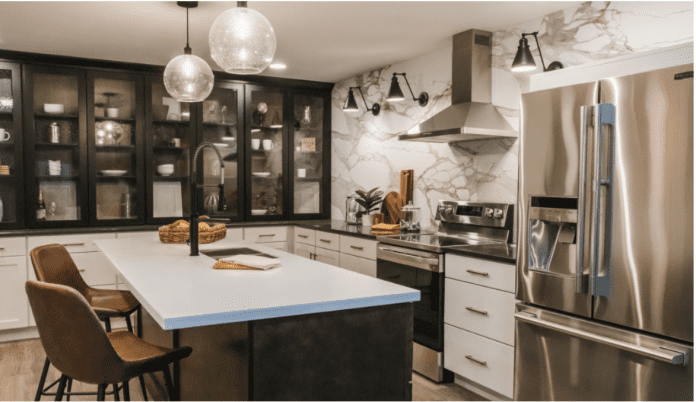 We spoke to some designing women in the RV industry who lived through these changes and to others who are the enthusiastic benefactors of them to learn more about the past, present, and future direction of RV design.

Tracy Anglemeyer, a 33-year veteran of the RV industry, who is currently Director of Recruitment for the RV Technical Institute, remembers when the House and Garden TV network (HGTV) was launched in 1984 and the impact it had on the industry.

Tracy: These shows had a huge influence on American consumers who were suddenly able to see a wide variety of interior designs. But these were in homes, not in RVs, so the connection wasn’t immediate. In the industry, I think they were focused on selling to the masses and they rejected a lot of the design ideas because they were outside of their comfort zones. There was also a “fear of fads” in design, so the industry adopted a wait-and-see attitude that resulted in RV interiors lagging residential design trends.

Vice President of Design for Patrick Industries, Sarah (Raymond) Williams, who has been with the company since 2004, remembers when “everyone was doing the same thing” and RV companies couldn’t seem to break free from conventional designs. But the home décor and renovation shows changed this.

Sarah: I realized that all of the men in the industry, everyone from product managers and salesmen to presidents & CEOs, were watching the same TV programs to get inspiration. They began using terms I had never heard them use before and asking for things like “shiplap” and other trending looks. I think those programs helped us push past some of those old thought patterns and design ruts. This allowed female designers to utilize different design styles. 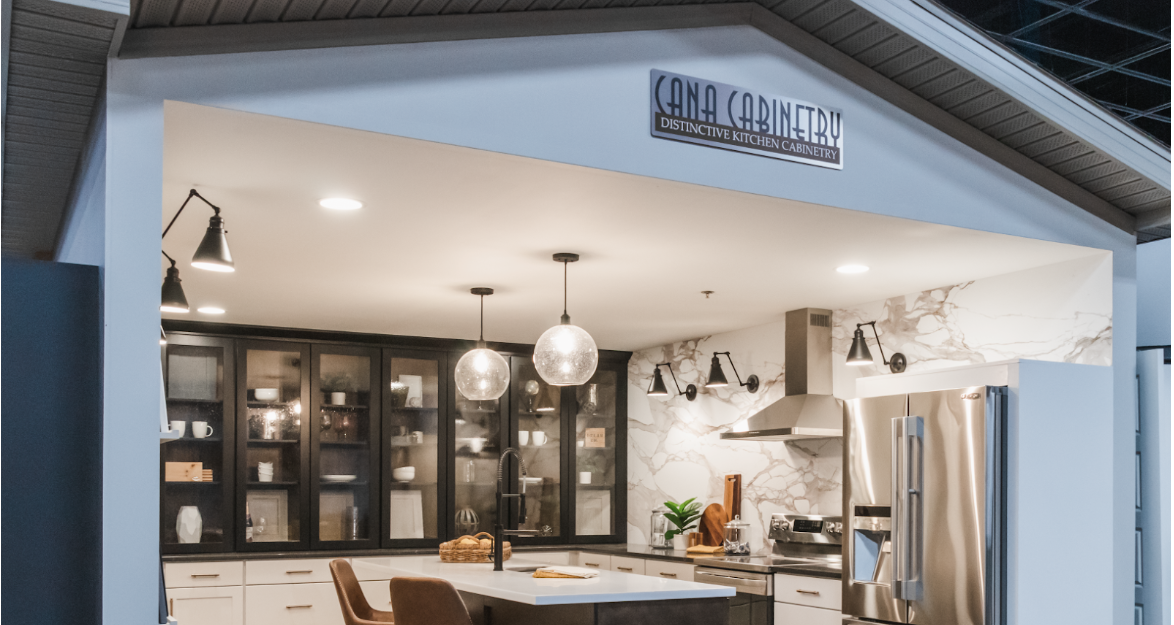 The industry changed even more dramatically with the advent of social media in the 2010s. Consumers began sharing their design preferences and desires with each other and the industry via Pinterest and other platforms. Ideas long championed by female RV designers were reconsidered according to Lisa Chapman, a former RV bedspread, valance, and window treatment designer who now works for the graphic design firm, Sharpline.

Lisa: Many of the design changes were structural to make the most of the RVs’ limited floorspace. These included bigger bathrooms, expanded counterspace in the kitchens and baths, more storage space throughout, sink-stove-refrigerator triangles rather than linear kitchens, gathering areas distinguished by flooring wood tones and patterns rather than wall divides, and even simple things like towel bars and hooks. But there were challenges: we couldn’t just replicate every residential design idea because of the difference in scale. Obviously, RVs are smaller and have lower ceilings, so warm LED up-lighting and under-cabinet lighting were introduced. 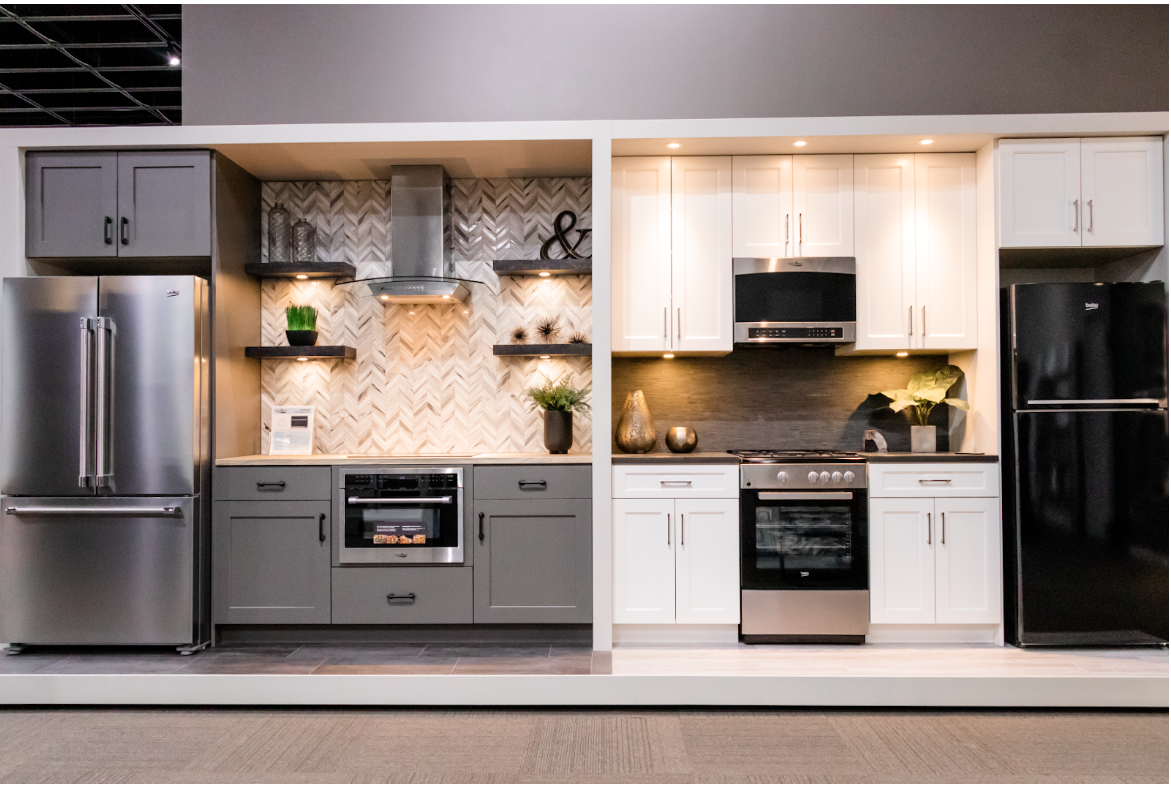 The size, the ceiling height and even the weight of RVs have made design choices challenging. Unlike residential properties with limitless capacities for heavy finishes and furnishings, RVs have weight limitations. For instance, while granite is a popular material for home countertops and backsplashes, to incorporate it into RVs, the granite must be filed down to ¼ inch and wrapped around plastic boards.

Sarah: When working with such small spaces, sometimes there is a desire to fill every inch of space and add too many design elements. All our vendors have thousands of spectacular products, so it’s easy to want to use all the best design elements that are available, but it is really important to stay focused and maybe pick one or two more decorative elements and keep the rest more neutral.

Sarah has seen one of the biggest changes in the design of cabinetry. Manufacturers have replaced dated brown and red woodgrains with lighter natural wood tones, solid painted doors, and a combination of both.

Sarah: Painted cabinet doors have really taken off recently. There was a learning curve to make this transition in the RV industry because of production methods, but the trend was so strong residentially that we worked through those growing pains to achieve the desired look. Ten years ago, everything was very ornate with a lot of curves and glazing, complex profiles, and raised panels if the product line could afford it. We have transitioned into a much more modern style with clean lines and even flat panel doors on most product lines and price points. A flat panel door used to be viewed as a discounted, lower-level option for lower price point models, but that is no longer the case. The residential design trend toward this style has changed that perception in our Industry.

Women designers have also provided a vitally needed “user” perspective for RV interiors. Carpeting has been replaced by vinyl wood flooring that is easier to clean and textured to prevent slippage. Cooktops have been redesigned for simpler cleaning and fabrics on upholstery have given way to more stain-resistant leather. Full-size refrigerators have also become standard in more units.

Many of these design updates and innovations were featured in the 2019 “Drab to Fab” renovation of a 2007 travel trailer. Over 80 members of the RV Women’s Alliance contributed design ideas and hard labor to the project which was unveiled in 2021 at the RV Museum and Hall of Fame, then later auctioned off for charity.

There is one aesthetic element that still has to appeal to male consumers, however. That is the exterior graphic design.

Lisa: The graphics have to grab attention. Most men like linear looks and gold and blue are making a comeback after years of neutral colors. Ultimately, however, men want the outside of their RV to match their truck.

Ashley Pletcher, a former designer at Patrick Industries and now in sales at Adorn Engineered Components believes the role of women designers has expanded as a result of the changes inspired by social media.

Corey Payne, a Senior Designer on Sarah’s team, has seen a change is how seriously designers are taken.

Cory: We’ve come a long way in terms of the respect we receive in the industry. Our profession is taken more seriously, especially with the shift in who is making the decisions. We are trusted advisors and have built great relationships not only because of our design knowledge, but the backing of our sales abilities and reputation of the company we work for.